For me personally, the memory of Mikhail Gorbachev is of inestimable historical value: sitting by his side at the ceremony, accompanying him through Denkendorf and unveiling the monument together, which shows him with Franz Josef Strauß, remains linked to local history.

After meeting him again in Berlin, I was received by the jubilarian on his 75th birthday on 2 March 2006 at the invitation of the Gorbachev Foundation in Moscow. The significance of the partnership has its roots in overcoming the consequences of the Second World War. Still during the Cold War, in October 1980, the Denkendorf brass band played in Moscow on Red Square.

Here you can read two articles from the Eichstätter Kurier: 1993 inauguration of the memorial in Denkendorf, 2022 on the death of Mikhail Gorbachev 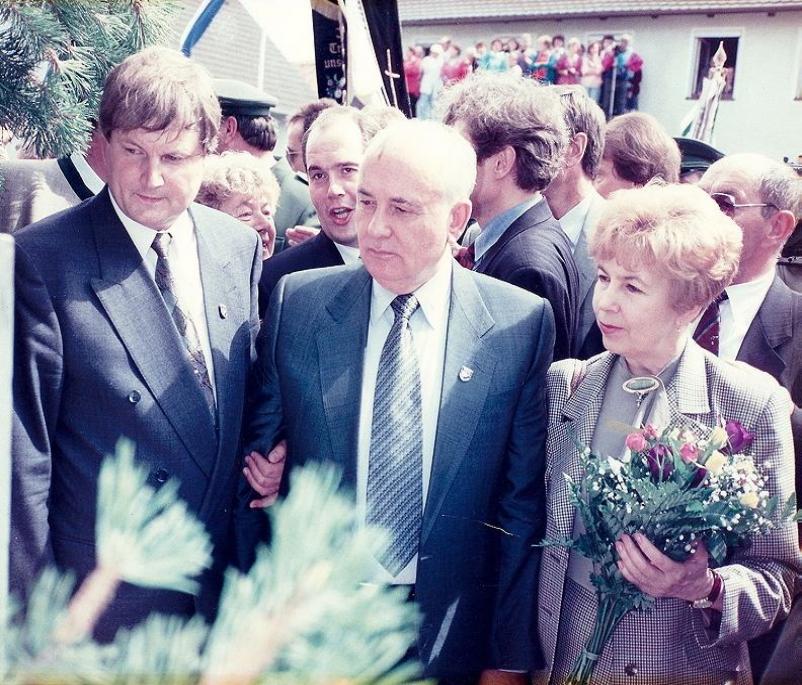