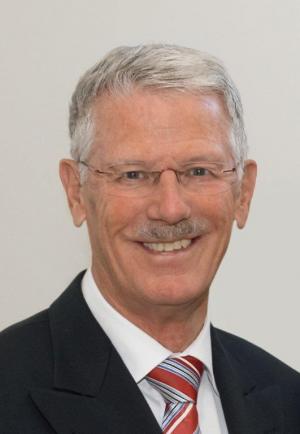 • 1962 - 1964 Regular soldier in the German Armed Forces (Lieutenant)
• 1964 - 1970 Studied civil engineering at the RWTH Aachen and the TU Munich (Dipl.-Ing.)
• 1970 - 2007 After a short period with the Olympia-Baugesellschaft, 37 years in the Bavarian Ministry of Economic Affairs in various management positions;
• since 1980 Head of the Trade Fairs Department, then Construction/EDP and Industry; since 1991 for Foreign Trade/Focus on Eastern Europe;
• 2002 - 2007 Deputy Head of Department for Foreign Trade and Location Marketing (Senior Ministerial Councillor)
• 2007 - 2009 Chief Representative of the Free State of Bavaria in Russia / Head of Moscow Office;
• 2007 - 2011 Special Representative of the Executive Board of the Bavarian Construction Industry Association for Central/Eastern Europe
• since 2009 Special Representative of the Management Board of Messe München GmbH in the Russian Federation and for the Republic of Kazakhstan / Central Asia (since 2014)
• Member of various societies (Vice President Export-Club Bayern, Member of the Presidium of the Bayer.-Ungar. Forum, Member of the Board of the OWWF, Deputy Chairman of the Foreign Trade Committee in the Bavarian Economic Advisory Council; Member of the Munich Gentlemen's Club)