We must say goodbye to our Vice President Prof. Hermann Mayer, who suddenly and unexpectedly suffered a severe heart attack. We lose a fellow board member who always stood by us with advice and action and became a good friend to us.

We will miss him painfully. 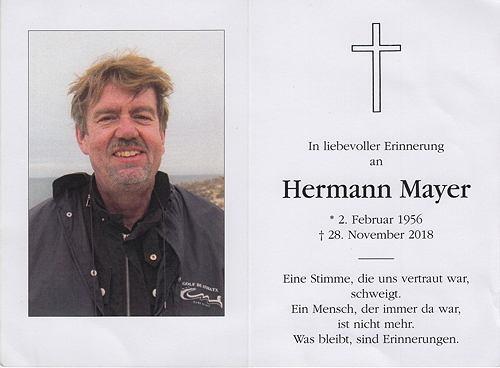